If you have ever listened to my radio show, seen my Facebook page, looked at one of my tweets, talked to me, or even seen me for that matter, you will know that I have a dog.

Her name is Nellie. I love her like nothing else.

This is a picture. 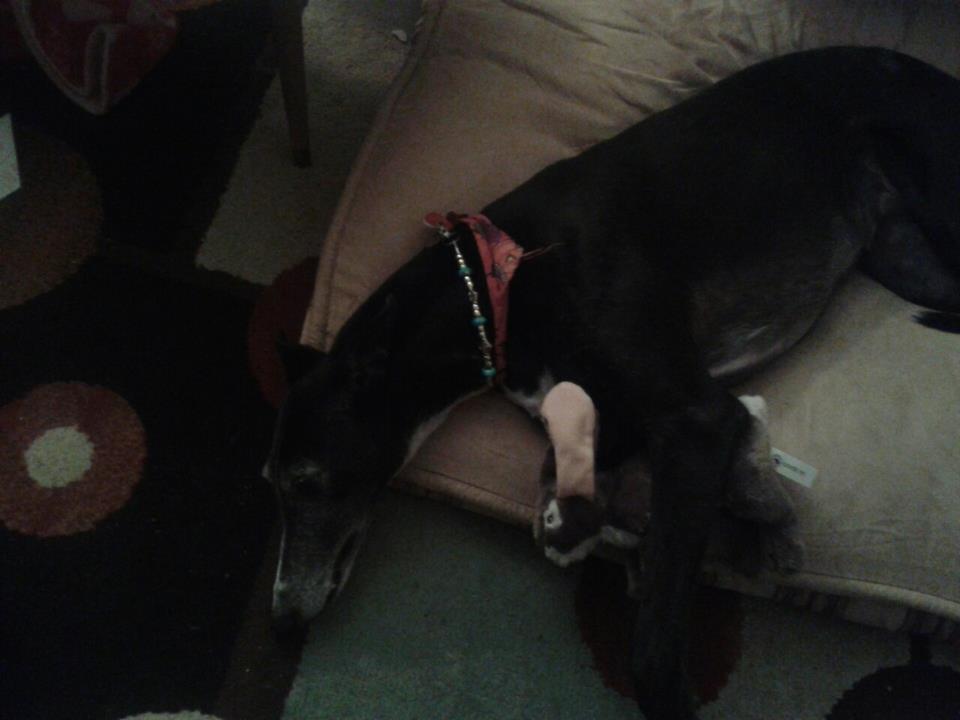 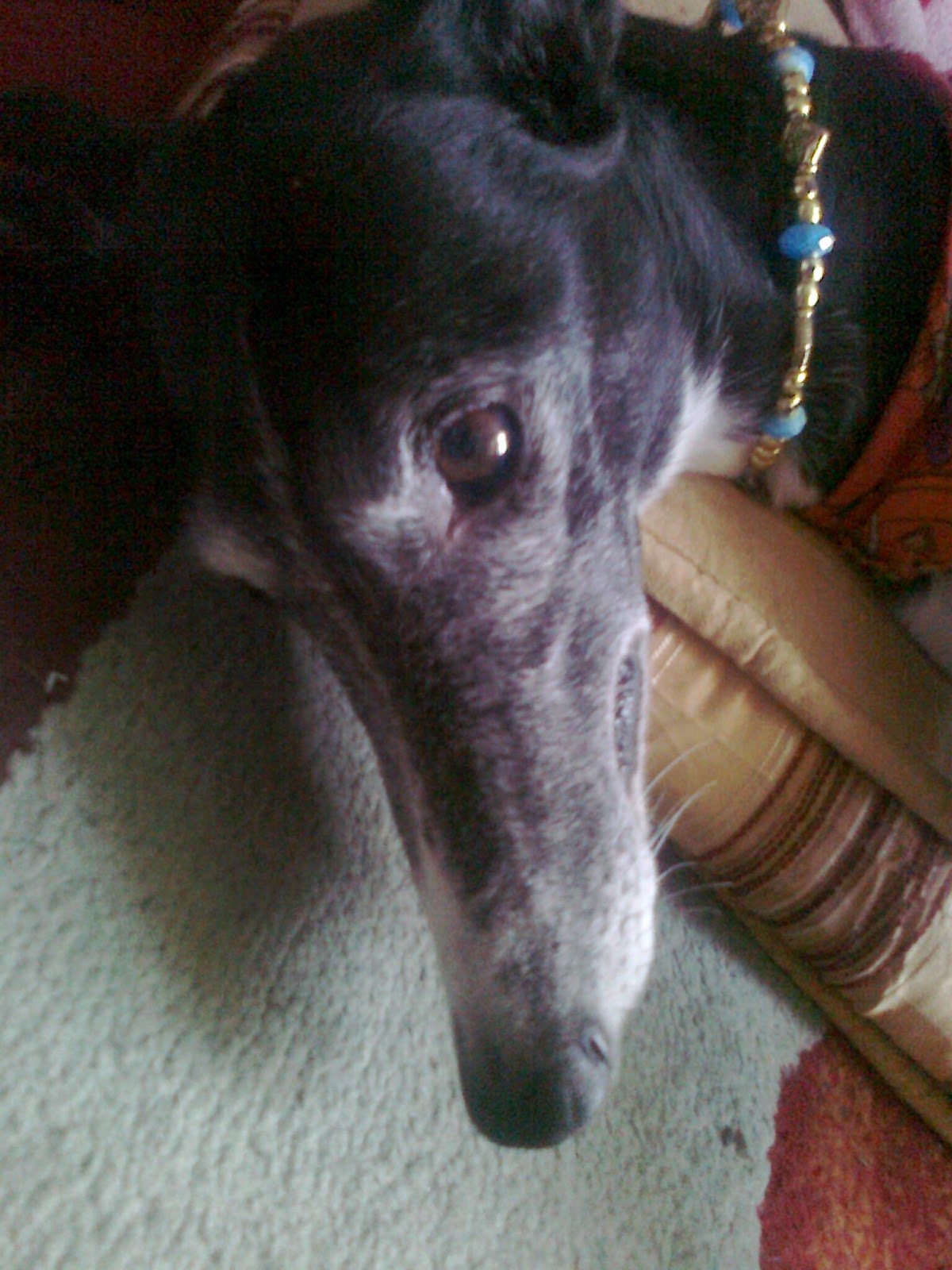 That's right, I'm starting to blog about her now too.

It was almost five months ago when Sarah (my girlfriend) and I brought home this gorgeous animal, she was timid and hesitant to come to her new home. When Nellie got here, she found her bed in the front room and didn't move from it for days. She wouldn't eat, she didn't make a sound, and we had to force her to take quick walks around the block.

It was rough for the first month.

Nellie is a greyhound. A fast greyhound. A really fast greyhound. When she raced, she had an "A" grade; top grade being a "AA" down to "D". Every time a dog wins, they move up a grade. Once they have three consecutive finishes of 4th or lower, the decrease a grade. Long story short, Nellie is fast! So she raced for a long time. Most dogs race for a year or two then are retired; Nellie raced for 4 years. (Click Here to see her racing stats.) 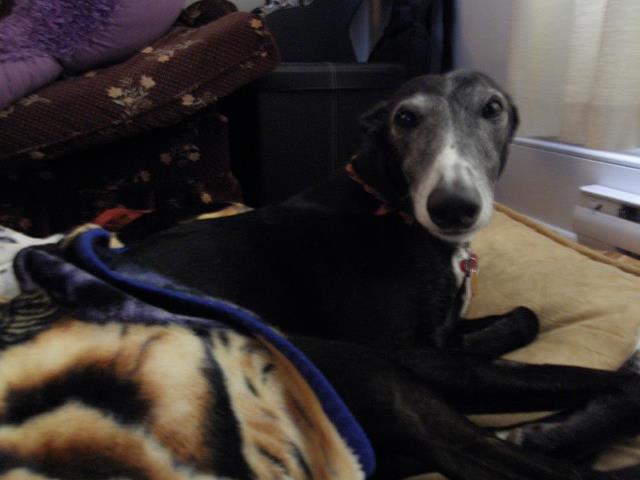 When Nellie was first brought up, she was adopted into a family in Sackville, NB. She lived there for 4 years with a variety of other pets until there was a split in the family and she was given back to the agency. That is when we got her.

About a month prior to that, we started the process of adopting a greyhound. Adopting a greyhound is a really big process. First we filled out a survey as to why we wanted a greyhound and our intentions for our greyhound. Side note, I thought it was a stupid survey; I believe when you sign up to get a dog, you can't have expectations for personality.  Then we had to do some light reading on greyhounds along with some training videos, an in-home interview, an online test, and paying a membership fee, before we were accepted to get a dog. Then we got an offer on an senior dog; one who was a bit older and off the track for awhile.  I talked to Sarah and within a couple hours of getting the offer, I replied and accepted the offer on the dog. Later that night, the organization replied and told us that they had already given away our dog. Livid is an understatement as to how I felt.

I called Sarah and told her to get the money back; if we were going to get a dog, it wasn't going to be from that agency. But, Sarah was set on getting a greyhound. I made it clear to the agency that we didn't want to be jerked around then we waited for another offer.

The next offer we got was Nellie. My life was changed. Remember when you were a kid and you begged your parents for a dog, but your dad didn't want one 'cause he would be the one who took care of it? Well Dad, see! SEE! I got a dog and I take care of her and everything! 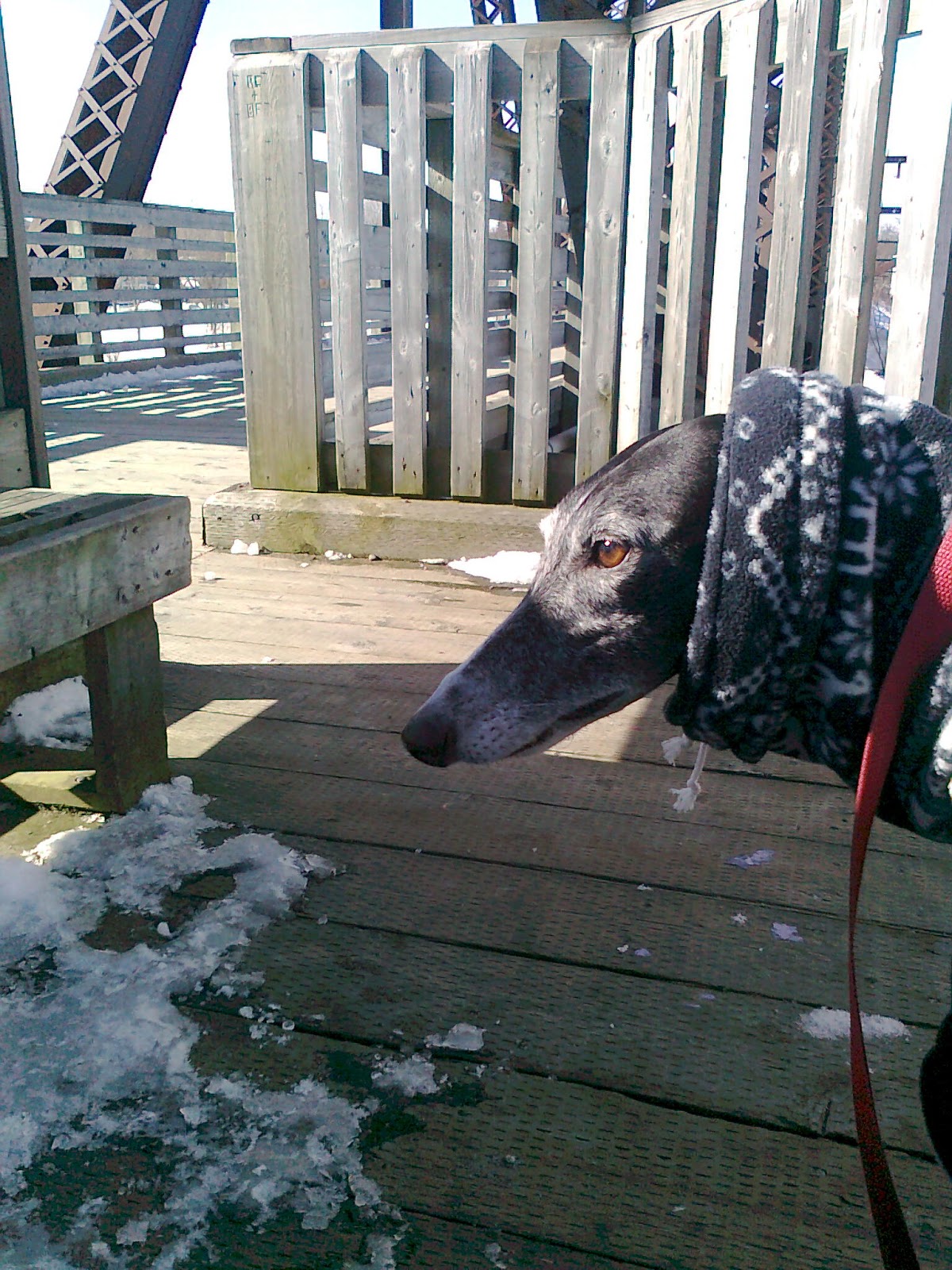 After about a month, Nellie started to show her personality. She became more social around guests, she walked around the house on her own, I can't get her to stop eating, and now she sleeps where ever she wants. Basically what I'm trying to say is Nellie has taken over. 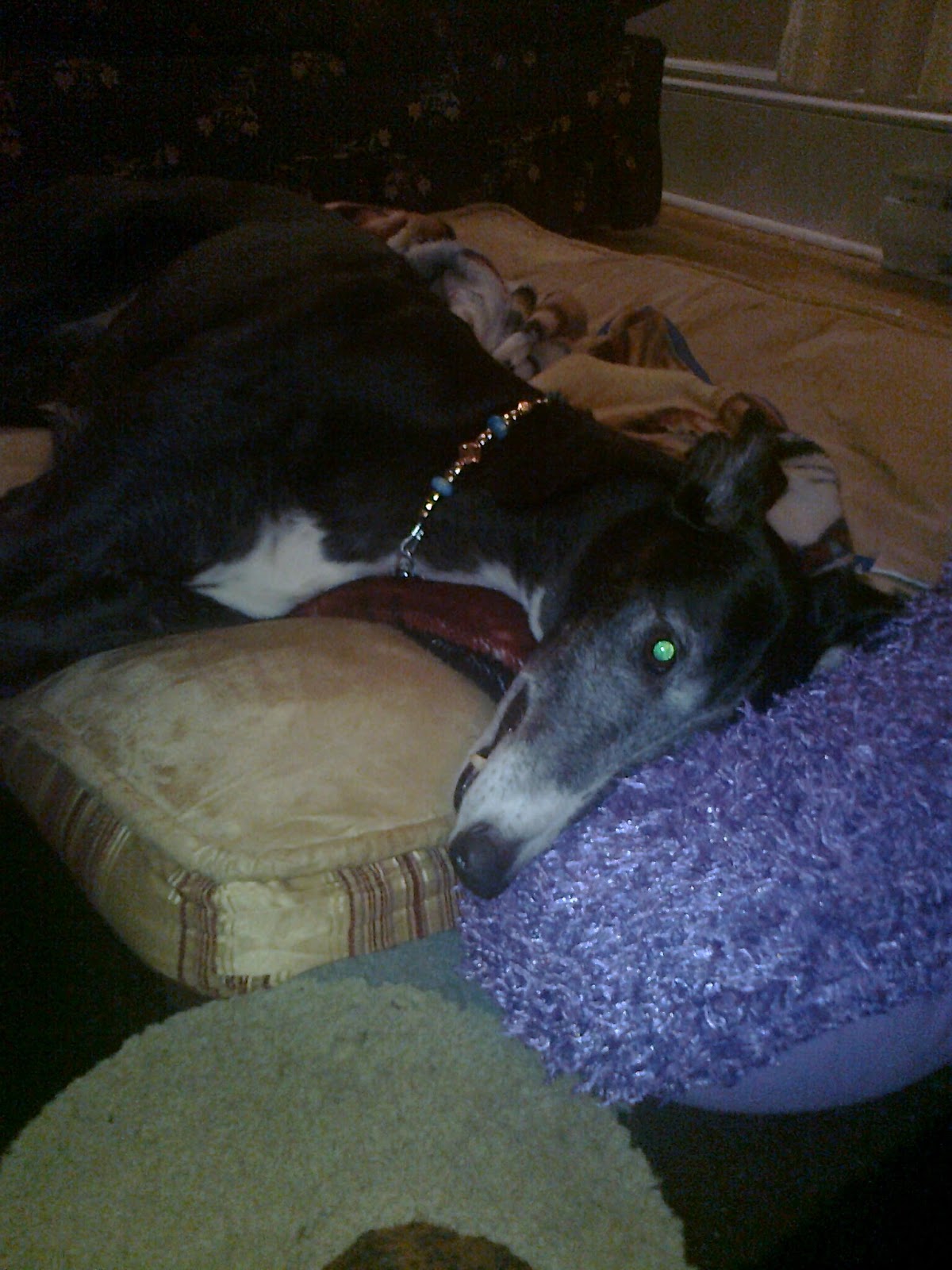 I love her! I love everything about her. I love it when we nudges my hand with her head when we walk, when she sleeps on top of me, when she does the downward dog as she stretches, and how she won't accept a treat anywhere other than her spot on the carpet.

Nellie is probably the best dog in the world. If there is a better dog, I want to meet them.

In a nutshell, that is Nellie. 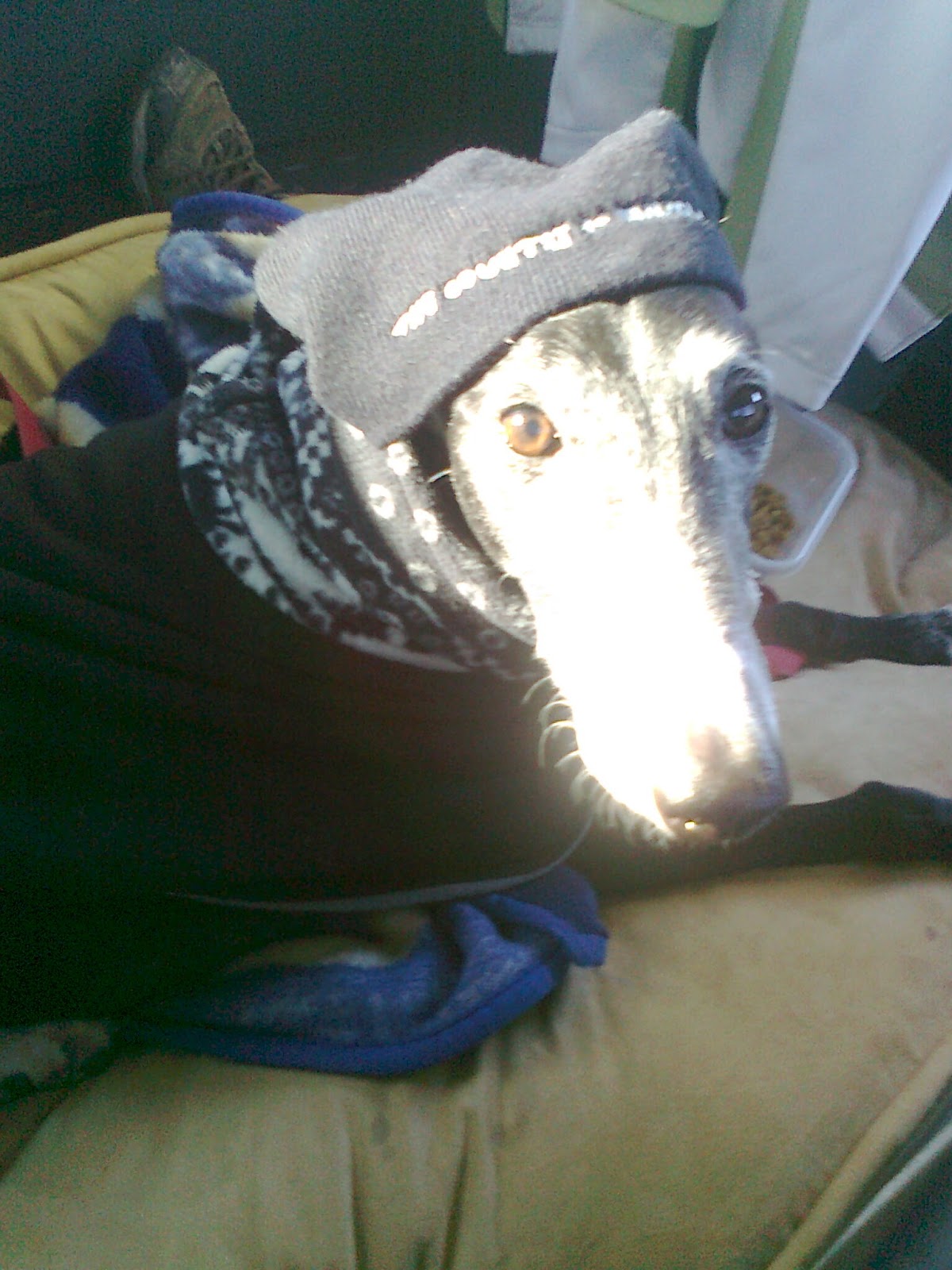 Expect more posts about her!

Email ThisBlogThis!Share to TwitterShare to FacebookShare to Pinterest
Labels: Nellie